Ciao! I'm Giulia*, an Italian illustrator, cartoonist, and designer with a love for everything related to dogs, comics, rollerskating, and memes.

I live in Barcelona, and I regularly travel for work to Italy, France, and the US.
I love working remotely, my current dream destinations are Mexico, Tokyo, Mallorca, and Reykjavik.

Feel free to get in touch if you'd like to work with me or send me pictures of dogs!

* Giulia read as Julia. Scroll below to read an extended Biography. 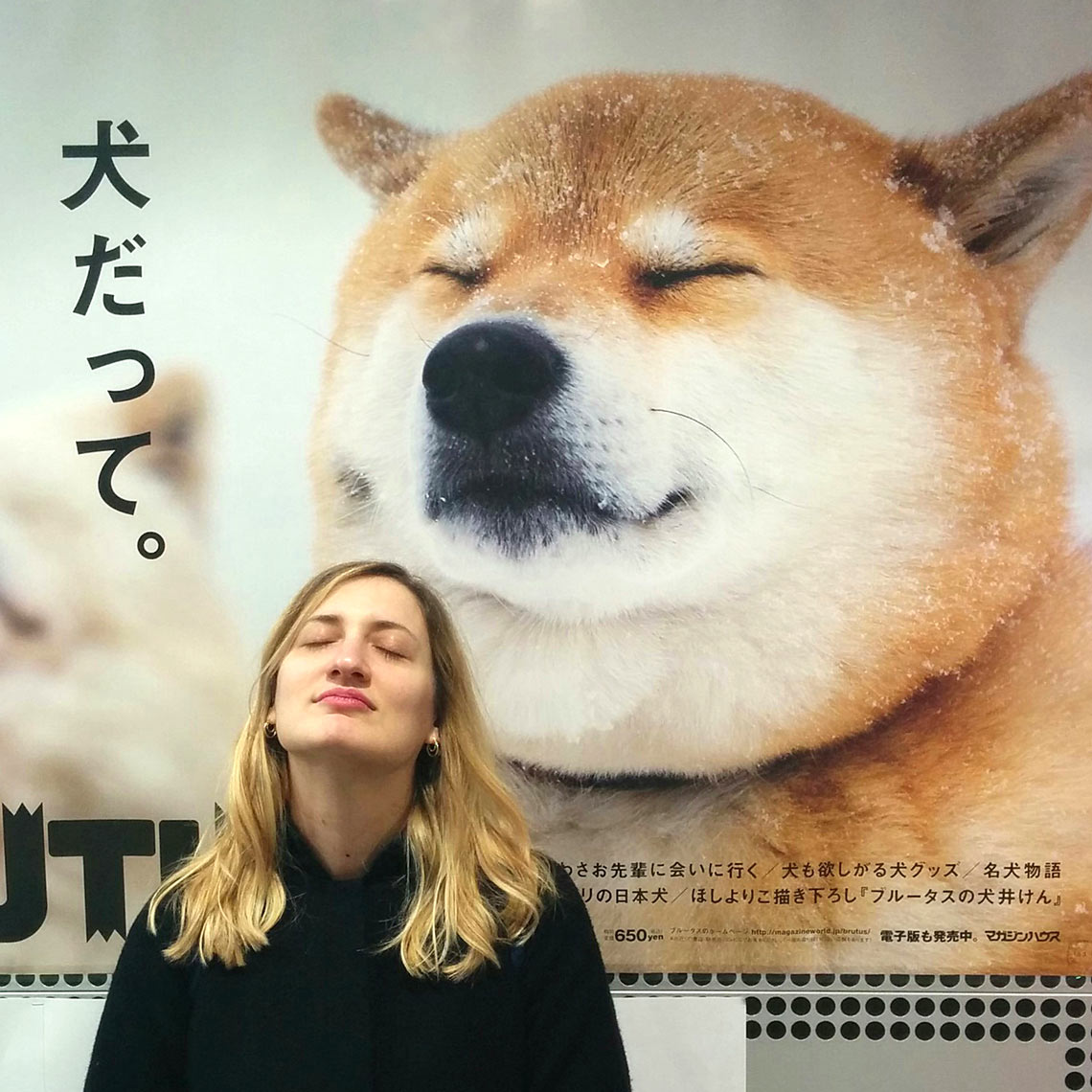 MORE ABOUT ME
BIOGRAPHY (EN)

Giulia Sagramola was born in Fabriano, Italy (1985). She studied visual communication at ISIA Urbino and illustration at Escola Massana. Since then she has been developing personal projects like self-publishing and handmade objects. Afterward, she lived 5 years in Bologna where she worked 6 months for BilBOlBul Comic Festival, then moved to freelancing full-time.

Since 2010 she has self-published books under the name of  Teiera , with Sarah Mazzetti and Cristina Spanò, the label counts more than 20 issues between books and zines involving artists from all over the world. For Teiera she worked as art-director, graphic designer and curator as well as a contributor with her own artwork.

She spent 2015 in an art residency at the Maison des Auters in Angoulême (France) where she made her graphic novel Incendi Estivi (Bao Publishing).

She likes traveling, reading novels and comics, watching tv-series, eating gelato and stalking dogs. She now lives in Barcelona where she shares a studio with fellow illustrators.